May 15, 2022
Kendrick Lamar released his last studio album, DAMN.,  when I was in seventh grade. In the 1855 days since then, I have grown up. I went to high school. I learned that I loved to speak. I started dating a girl. I am going to college. And the world has changed too. Economies collapsed and a pandemic raged. Cities burned and were invaded. Social media is more pervasive than ever, and polarization is worse than ever. The world has gotten more complicated, which places a heavy burden on Kendrick, as someone who must now juggle being a 34-year-old with a fiancee and two kids with discussing a range of societal issues in his work.     But luckily, Kendrick delivers, remaining just as introspective and forward-thinking as he always is.  His albums have always raised the stakes by complicating the topics they bring up and introducing additional perspectives—you never finish a Kendrick Lamar album feeling a sense of clarity, only more uncertainty. Mr. Morale & The Big Steppers   is no
Post a Comment
Read more

the most underrated Frank Ocean song? 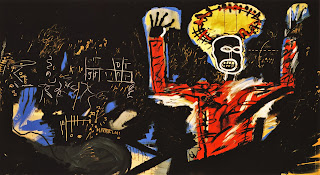 With its array of characters that pray, love, or cry, Frank Ocean's channel ORANGE is my favorite album because it is endlessly relatable. I grew up on the album—playing it in the car on trips to H mart or hearing the sounds waft over from the basement where my mom worked. But almost ten years later, I am still realizing the subtle references, double entendres or hidden meanings of songs that ask just as many questions as they answer—and the airy, mid-album contemplation of "Crack Rock" might be the most indicative of this constant questioning.      In the 1980s, the CIA covertly supported right-wing rebel groups called the "contras" to undermine the socialist Sandinista government of Nicaragua. But this intervention abroad came at the cost of African-American lives. An investigation by journalist Gary Webb found that the CIA financed the contras through sales of cocaine to the Crips and Bloods street gangs of L.A., establishing a pipeline that caused an
Post a Comment
Read more

my thoughts on Donda

August 31, 2021
I have counted the less busy half of my summer through Kanye's Donda listening parties. Since the first event on July 22nd, watching in concern as a clearly upset Ye wandered aimlessly around an empty field playing unfinished concepts of songs, my weekends have been spent wondering whether his long-anticipated tenth album would release. And finally, it has, with Universal dropping the lengthy 100+ minute affair on Sunday morning without Kanye's permission.  But for all the hype and crazy speculation that surrounded the adventure of Donda's  drawn-out release, from the shock of hearing a heavenly Young Thug feature or the drama of Kanye levitating out of the stage, repeated listens to the album have failed to inspire me in the way that Kanye's other work does. While Donda often produces beautiful, classic Kanye instrumentals , energized verses, and harmonic bliss, it is a mess as an album. Apart from a few standouts, Donda  feels empty: a shell of the bravado, the passio
1 comment
Read more

While it seems like a weird pairing, a  German philosopher with a nice beard that died 100 years ago and a rapper from Brooklyn who runs an official Twitter account called @darkskinmanson have much in common. Despite the overwhelmingly prevalent view of rap as a materialistic outlet meant to promote expensive flexes and absolute excess, many rappers use their music to do the opposite: delivering powerful commentary on the harms of societal structures and expectations. In this post, I chose highlights from three rappers who seem to understand the problems caused by the expropriation of surplus just as well as Karl Marx. The rappers on this list don't speak out in as maximalist a fashion as artists like Run the Jewels , but the specter of capitalist social relations often looms over their music, where they acknowledge the negative consequences of a world focused on production and profit.  MAVI: "Love, of Money"     MAVI is a neuroscience student at Howard University, wh
1 comment
Read more 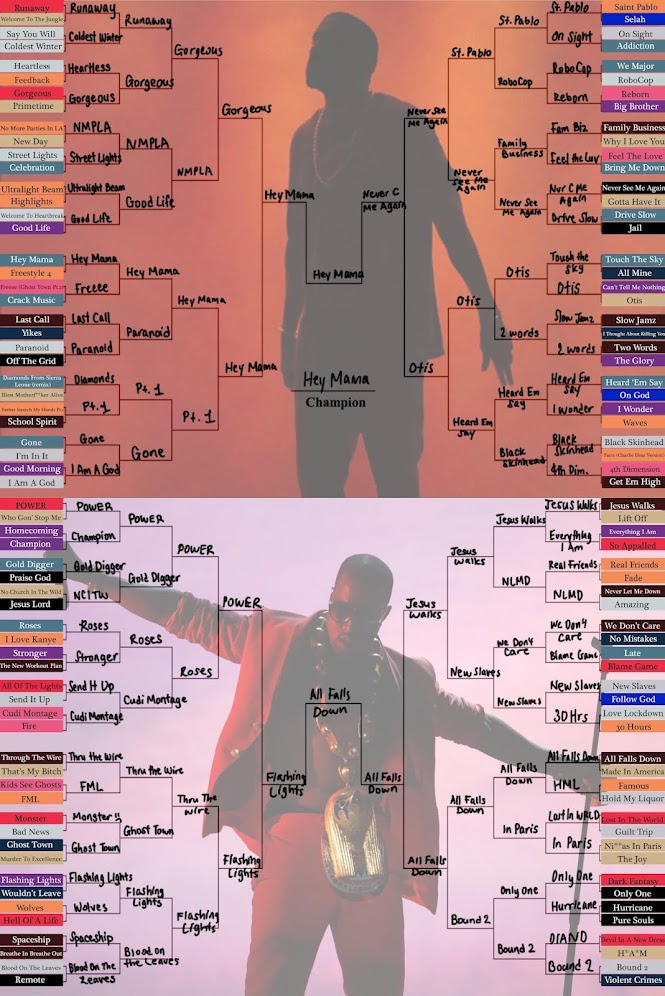 Making a bracket informally ranking Kanye songs is how I am spending my time waiting for the DONDA drop, now rumored to be August 26th/27th. This Kanye bracket was made from the rankings of Kanye songs on rateyourmusic.com, replacing some interludes with Kanye's unreleased music. In the end, my decisions came down to which Kanye songs are the most Kanye— i.e. represent the musician and person he is the best.
1 comment
Read more

August 06, 2021
Frank Ocean has been my favorite artist for over half my life. I grew up on channel ORANGE playing in the car on trips to H Mart or filling basement air with ambience when I played Legos while my mom worked, inspired by the album’s twists and turns over organic chords. I endured my first rejection as a moody teen to Blonde’s gentle atmosphere of affection. I cried on sleepless nights to the oasis of warmth in an abyss that is the album Endless, painstakingly downloaded onto Spotify from YouTube rips the night I heard “Wither” for the first time.  My hero Frank, who is notorious for staying off the radar despite his fame and hasn’t released new music in two years, suddenly came out with a statement this week to announce his new luxury jewelry brand, Homer—a collection “no less expensive than Cartier” with pieces ranging from $395 to $1.9 million. In an interview with the Financial Times, he talked about the origins behind the brand: his wish to create physical objects imbued
Post a Comment
Read more

future and the psychoanalytic critique of capitalism

August 04, 2021
Sometimes, I like to listen to music with lyrics when I read. My brain naturally tries to comprehend written and spoken word together, which can cause confusion, but when records are familiar or mumbly enough, lyrical music enhances my experience of reading. Cadences can change the way I hear sentences in my head, and sometimes I literally read words in the artist's voice—different filters to the same picture. Similarly, the ideas of books bleed into the meaning of the music—and that’s what happened this week, when I accidentally juxtaposed a book I was reading on the political application of psychoanalysis, Enjoying What We Don’t Have by Todd McGowan, with the mixtape I have had on repeat: Future’s Beast Mode.  The book discusses Sigmund Freud’s psychoanalytic ideas and how they can be applied to society as a whole. Freud’s main argument is that members of society satisfy psychological needs and obtain enjoyment through an unconscious impulse called the death drive: a tendency
1 comment
Read more
More posts

Gaang Choi
i am a freshman at Georgetown University from Brooklyn, New York. if you're viewing this blog, i cannot thank you enough!

you can't listen to rap without acknowledging antiblackness